While the state of the US economy was no doubt a significant voter priority for the 2022 midterm elections, a second issue was also front and center for voters this election cycle: that of reproductive rights connected to abortion-related treatments and services. On June 24, 2022, the US Supreme Court overturned the landmark case of Roe v. Wade, effectively reversing 49 years of Supreme Court precedent interpreting the United States Constitution as guaranteeing a federal right of access to an abortion. In overturning Roe v. Wade, the Court noted in its Dobbs v. Jackson Women’s Health Organization (“Dobbs”) opinion that the individual states, rather than the federal government, were the appropriate regulators of abortion, decidedly sending the issue of abortion access back to the individual state legislatures for regulation and enforcement. Consequently, many states have quickly worked to interpret existing state statutes related to abortion access and to codify new restrictions on abortion access, while other states have worked to enact new state-level entitlements and other legal protections related to abortion access.

As reported by Kaiser Family Foundation on November 9th, “Inflation and the economy proved the most important voting issue, cited as the motivation of 51% of voters in exit polls conducted by the Associated Press and analyzed by KFF pollsters. But abortion was the single-most important issue for a quarter of all voters, and for a third of women under age 50. Exit polls by NBC News placed the importance of abortion even higher, with 32% of voters saying inflation was their top voting issue and abortion ranking second at 27%.”

The midterm elections were widely expected to favor Republicans, as is historically the case when a single party has dominated the presidency and both houses of Congress. Despite this historical trend, both parties are still coming to terms with the social and political ramifications of the Supreme Court’s new abortion access precedent in Dobbs. Even though votes from the election are still being tallied in several US jurisdictions, all indications are that Democrats have retained leadership of the US Senate, while Republicans are likely poised to take leadership of the House of Representatives, albeit with considerably less of a chamber majority than that which they anticipated.

Exit polling interviews conducted across the country appear to indicate that voters ranked the importance of access to abortion-related treatments and services at a level much higher than that which was expected, with the issue ultimately trailing a very close second place to the number one national voter priority of 2022:  – the state of the US economy and the country’s current inflation. To be sure, the Democratic Party and abortion rights access advocacy groups poured unprecedented resources into the 2022 election cycle. Notably, abortion access was a central theme of this cycle, considering the ballot measures discussed above, as well as the issue’s direct implications for no less than six gubernatorial races and a huge swath of state-level judgeship races.

Stay tuned to the Baldwin Regulatory Compliance Collaborative for updates on these, as well as other important issues. 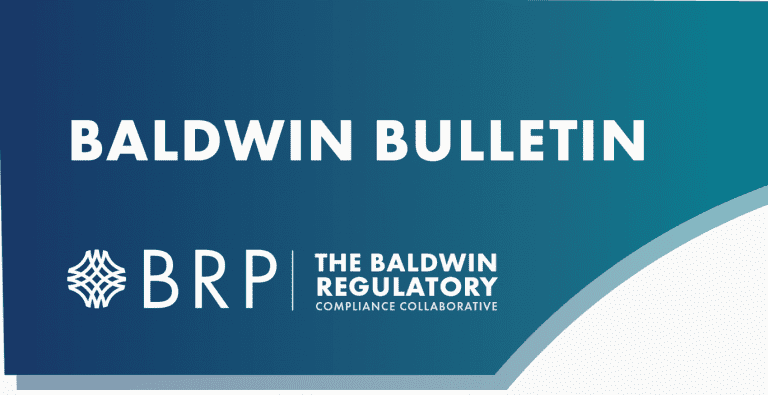